The play essentially presents the audience with a mystery that switches back and forth between Christine’s childhood on Portland in 1955 and 1995 when Christine meets Julie on the beach where she used to play as a child.

The set for this show should, either realistically or symbolically give a sense of a rocky cove,  the beach where the two women first meet and where Chrissie and Mary-Jane used to play as children.

The play is approximately 2 hours in length and there is an interval suggested between Act Two Scene Six and Act Three Scene One.

This play has 30 different speaking roles and could be performed with a large cast taking on those, sometimes small/one scene roles individually, or it could be performed, as it was in Edinburgh 2006, with a much smaller cast - where the ensemble, through judicious doubling, take on the majority of the minor roles. 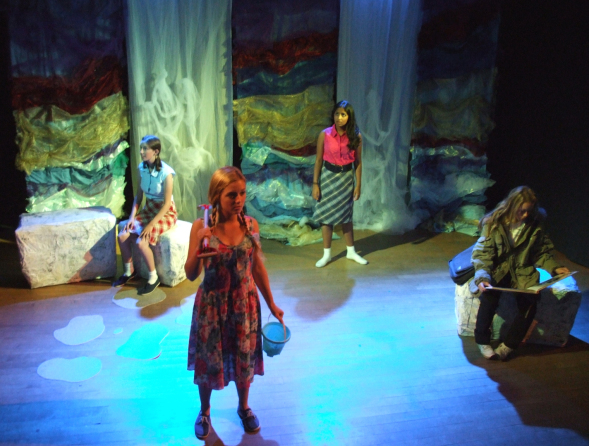