'When we find there's nobody to speak for us, we have to learn to speak for ourselves.' The character, Lou speaking in 'The Bone Yard' 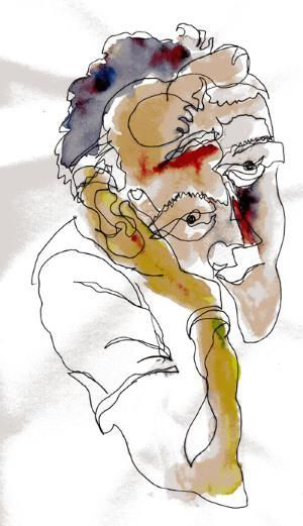 Like so​ many, I'm a playwright who began to write seriously as a Drama teacher looking for plays that might meet the needs of my Drama and Theatre students. I've had the privilege to work with a great many students over the years who have not only gone on to very successful professional careers but who, as students, were engaged with creating the very best theatre they were capable of during their time at school.

Until December 2013 I was Director of Drama at the City of London Freemen's School, and before that Head of Drama at Tolworth Girls School in Kingston upon Thames. It was at that point, in 2013, that I chose to leave teaching and to focus on my work as a playwright.

My work for schools has been published by Treepress and The Script Store until financial setbacks in education caused the closure of these operations.

I've had nine plays performed at the Edinburgh Fringe and have also worked as a freelance writer for the National Theatre Education Team.

A Double Masters' graduate from Sussex University I gained a distinction in their MA in Dramatic Writing taught by Richard Crane, who previously had been Literary Editor at the Royal Court during the time of Max Stafford Clark, in addition to being a published/performed playwright in his own right.

Below is a pdf of an interview I gave to the Treepress website on the publication of  my play 'A Mother's Song' back in 2016. The interview goes into detail about my 'back story' and explores something of my work and process. So for those who are interested to find out a bit more.... Click on the file below.